Medine Group to migrate onto the Stock Exchange of Mauritius (SEM) 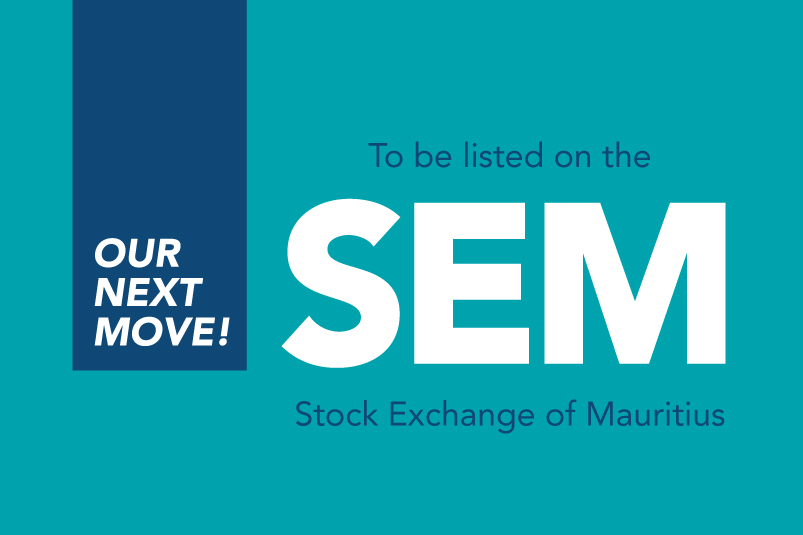 The Board of Directors of Medine Group has decided to submit a request to the Stock Exchange of Mauritius (SEM) to move from the Development & Enterprise Market (DEM) to the Official Market. This decision forms part of the set of restructuring and strategic programme of actions undertaken by the new management of Medine Group, under the leadership of its Chief Executive Officer (CEO), Thierry Sauzier, since the end of 2017.

A centennial group, a major player in the country’s sugar and cane industry for more than a century, Medine has moved from an activity mainly based on sugarcane to a diversified group with four different activity clusters, namely, Agriculture, Education, Property and Leisure, with new sectors such as Green Energy. Since the arrival of Thierry Sauzier as the new CEO in October 2017, the Group has begun a deep restructuring of its financial assets and operations through a series of decisions and strategic actions, to ensure Group a sustainable development. The decision today to move Medine from DEM to SEM is part of this evolution.

“Based on the financial results posted by Medine for the period ending 31 March 2019, it is positive to note that the substantive work, undertaken for 18 months to restructure both the Group’s operations and its financial assets, is beginning to be reflected in the company’s performance. As our Group now has a healthier and more solid foundation to continue its development, we believe that the time has come to be listed on the official market”, explains Thierry Sauzier, CEO of Medine Group.

A heritage rich with a 10,000 hectares landbank, strategically positioned on the West Coast of Mauritius and enhanced by a consistent development around Uniciti and the Group’s four clusters, this listing will allow Medine Group to access to a greater number of retail and institutional investors, both locally and internationally.

Increased visibility and liquidity will also help to better position Medine’s value in the investment community. It will also give him the opportunity to engage the market more proactively to generate shareholder value.

With a workforce of 1,200 employees and a turnover of MUR 1.7 billion, Medine Group is currently listed on the secondary market of the Mauritius Stock Exchange, with a market capitalization of Rs 6 billion.