Founded in 1911 as The Medine Estates Company and rebranded Medine Limited in 2009, the company’s history is inherently linked to the one of Mauritius. As a major player in the sugar and cane industry of the island for more than a century, Medine Group has known how to get away from a monocrop agriculture, specially based on sugar cane, to be a diversified group with four pillars of activity, namely Agriculture, Education, Leisure and Property. Medine, as a pioneer in the cane industry, is willing to be a trendsetter in each of its sectors of activity.

The Group has also pioneered the development of high net worth villas under the Integrated Resort Schemes (IRS) and has a leisure offering that includes a four-star hotel and an 18 holes Golf course of international standard. Casela Nature Parks welcomes some 500,000 visitors a year and has positioned itself as the first leisure park of the island over time.

In the context of the diversification of its activities, the Group published its Master Plan in 2005. The latter foresees a harmonised and coherent development of a landbank of 10 000 hectares strategically situated on the west coast of the island.

The Master Plan spelt out the contours of a new town in the west of the country and has since known a series of update to take into account a new strategic direction: the creation of Uniciti, a smart city whose main axis of development is Education, mainly through the creation of an international and integrated Education Hub. The Group’s ambition is to develop the city, already in the making since a number of years now, around the knowledge economy, further positioning Uniciti Education Hub as a reference in the Indian Ocean within the educational field, with offers ranging from kindergarten to corporate training and spearheaded by higher education.

Medine is listed on the official market of the Stock Exchange of Mauritius (SEM) and has a market capitalisation of MUR 4.5 billion as at 30 th June 2020

A few figures to provide an indication of what is medine today vicinity of the country's major cities on the highly desirable west coast of Mauritius, Medine has engaged in a major integrated property. 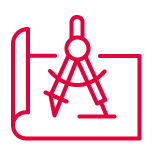 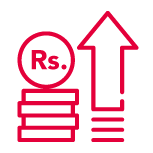 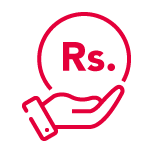 " We value the richness of one’s potential and vulnerability in everything we do, to help individuals grow "

" We seek to act as role models by being ethical, honest and fair "

As a pioneer in a number of activities, Medine still looks ahead to develop innovative solutions that best fit the lifestyle of the new century. Through its Agriculture, Education, Property Development, and Leisure sectors, the centennial company is, more than ever, set to turn the West of the island into a major “work, live, play” destination.